The Hebrew Order of David is a successor organization to a Jewish brotherhood originally established in England in 1896 as a friendly society for the benefit of its members.

In 1904, a branch of the order was formed in Johannesburg, South Africa, by Joseph Distiller, an emigrant from London, whose principal purpose was the establishment of a friendly society to provide companionship and assistance for Jewish immigrants particularly those from Eastern Europe.

By 1907, two further lodges had been formed in the other cities of South Africa and the organization began to expand. However, by the end of the 1920s, the Order ceased to exist in England.

As emigration from South Africa commenced in earnest from the 1960s, a number of other lodges were formed around the world. In 1995, the order was revived in the United Kingdom and in 1999 a lodge was established in Atlanta, U.S.A.

Today there are 23 Lodges worldwide, with direction and policy being provided by Grand Lodge in South Africa. Most Lodges are autonomous within a country but are supervised by a regional Governing Lodge, appointed by members of the individual Lodges concerned. All Lodges are affiliated to Grand Lodge, presently based in South Africa.

Currently there are eight Lodges in the Unites States. Four in Atlanta and one in each of the following cities, Boca Raton, Dallas, Houston and San Diego. In addition, there is one Lodge in Toronto, Canada, three in London, England, two in Israel and eight in South Africa. 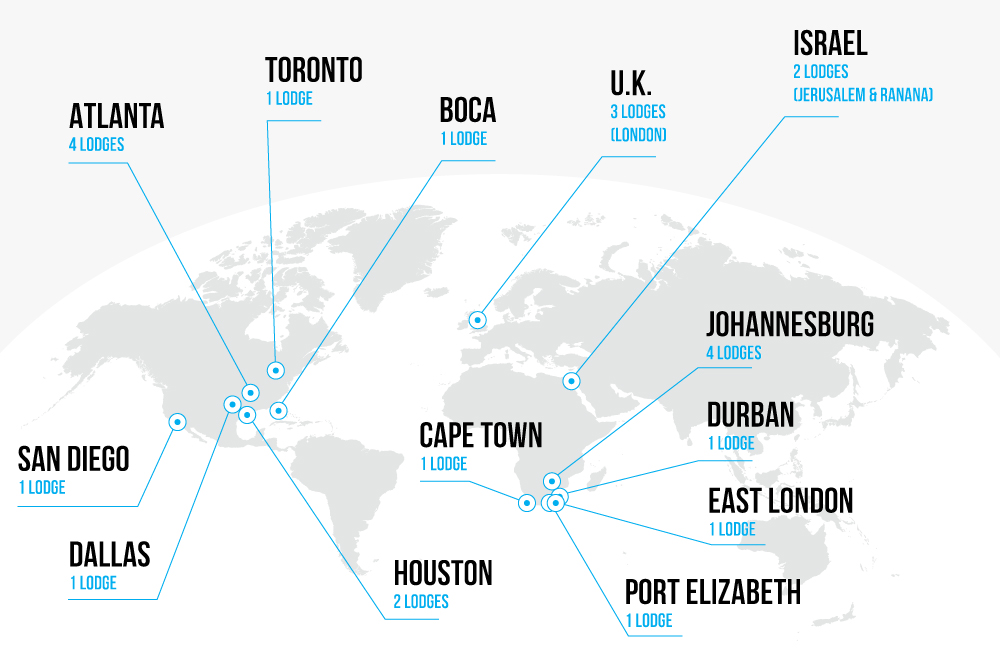